On 13 June 2015, the first even Pennies for Potential “Cutest Mascot” Pageant was held.

6 Contestants participated – though the contest was delayed slightly due to one of the contestants being imprisoned against her will in a mini-van. [Stunning photos of the rescue below] 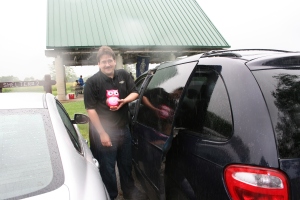 Once the rescue had been accomplished, the pageant was able to proceed and voting was a frenzied affair.

A voter placing their votes for the cutest Mascot 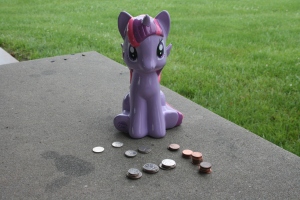 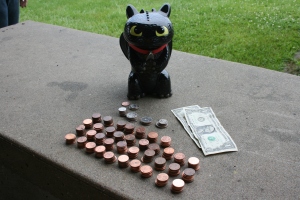 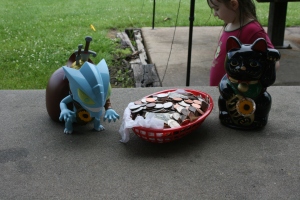 The winners and the overall haul

All the contestants and the haul 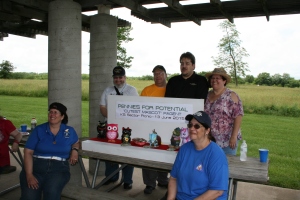 The contestants and their sponsors